The Riverside Hospital Neuroscience Tower project is a 10-story, 437,000-square-foot addition to an Ohio Health campus. The project is the only one of its kind and is a state-of-the-art, world-class brain and spine care destination. The project includes 224 private rooms and a large interior atrium the size of two full-size basketball courts.

The exterior features 72,390 ft2 white, precast concrete panels as well as a series of blue-tinted, vertical windows. This was done to resemble the other buildings on the campus. These buildings were built at different times, with different materials, but many feature white brick walls surrounding vertical rhythms of windows. “We wanted to stay away from bricks,” said the architect. “They have an institutional connotation and can make a building appear bigger.”

Precast panels were utilized on the exterior of the building to cover a substantial portion of the facade. Precast was also used to clad a large portion of an interior courtyard that began at the third level of the structure with a rooftop green space/garden area and concluded seven stories higher at the penthouse level.

Tell Us About Your Project
Side Corner of Building
Close up of Formliner Work
Office Front
Whole View of the Health Center
“We wanted to stay away from bricks,” said the architect. “They have an institutional connotation and can make a building appear bigger.”

The precast for the exterior facade was primarily flat precast panels with a loosely regimented reveal pattern. However, on two sides of the building, there were radiused sections that included several different radii of both concave and convex curvature which had to flow seamlessly.

The use of precast helped meet the architect’s desire to have vastly different aesthetic appearances to the two faces of the building. The smooth flowing curvature of the exterior façade contrasted against the rigid angular lines of the interior courtyard.

The interior courtyard had an entirely different set of rules for the precast with complex radius elevations with custom stepped form line patterns. Panels were primarily horizontal spandrel panels interrupted with random strip windows. The facade was accented by horizontal sloping surfaces. Panels had 9”-thick flat areas along with sections that sloped from 9” thick to 6” thick. This produced a striking look as the sun passed overhead due to the bold shadows cast by the sloped areas. 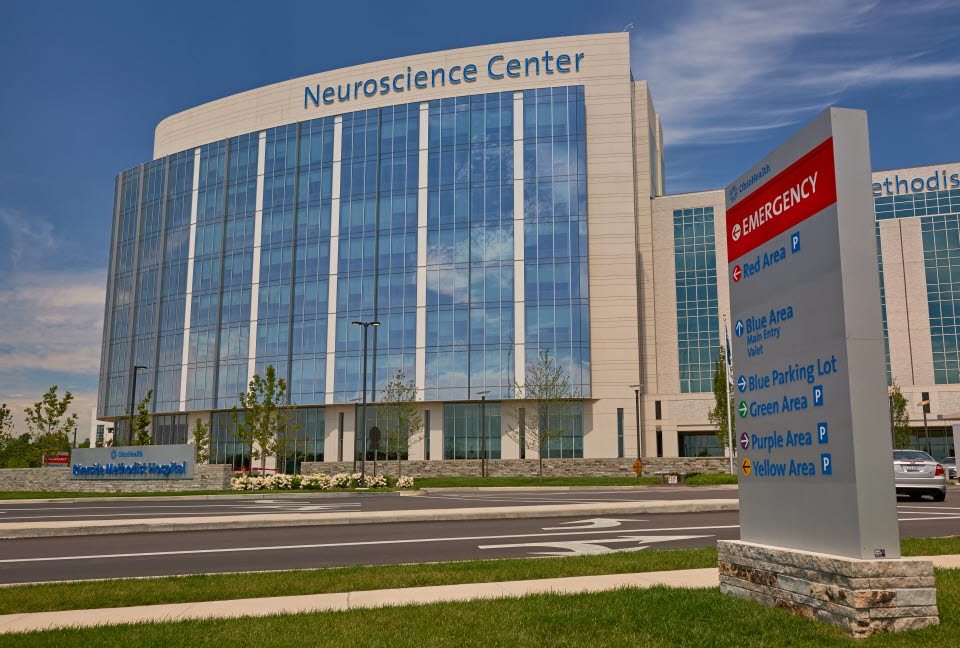 The most dramatic highlight of the project is the two unique precast canopies. These were laid out in a radial fashion around two different circular roads. Each panel for the canopies weighed in excess of 60,000 lbs. They were erected on a curved steel support system with only tension rods holding down the backspan with a 22’-3” cantilever out over the street.

The overall project was delivered $16 million under budget and six months ahead of schedule. 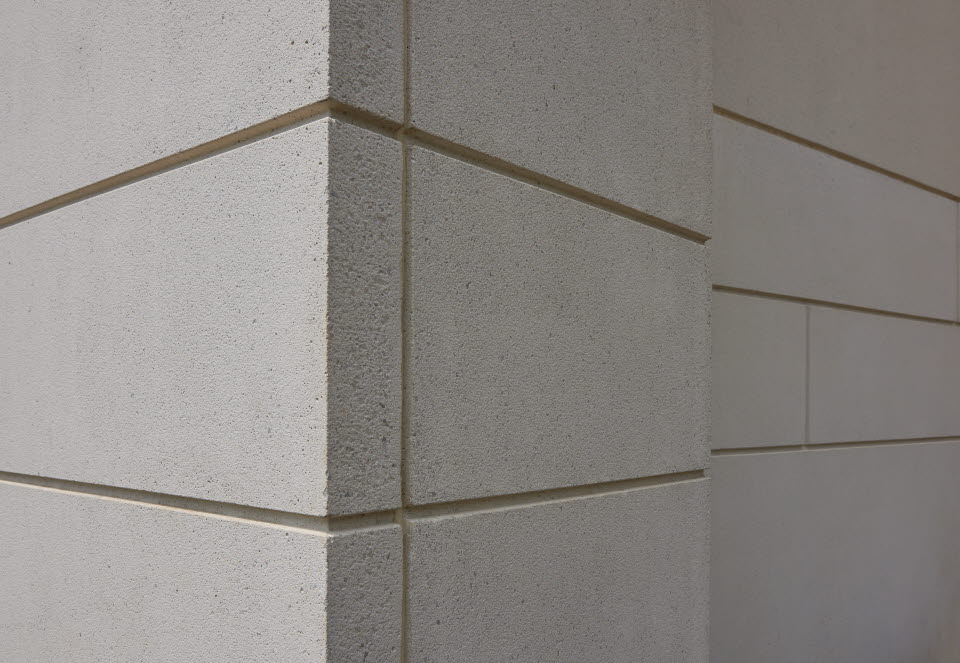 The architect notes that the sheer size of the center threatened to overwhelm two surrounding buildings. An inward curve on the side of the new center next to an existing building “helped break down the scale of the building, so it wasn’t so dominating and didn’t overshadow it,” according to the architect.

Have a question? Need assistance with how precast can meet your needs? That's what we are here for. Reach out to our team of precast concrete experts with any questions or details about your project and we will get back to you.